a. one of two or more words pronounced alike but different in meaning or derivation or spelling.

Example: To, two, too

To – used in the infinitive form of a verb.

Two – this is the number; example: “two days ago”. 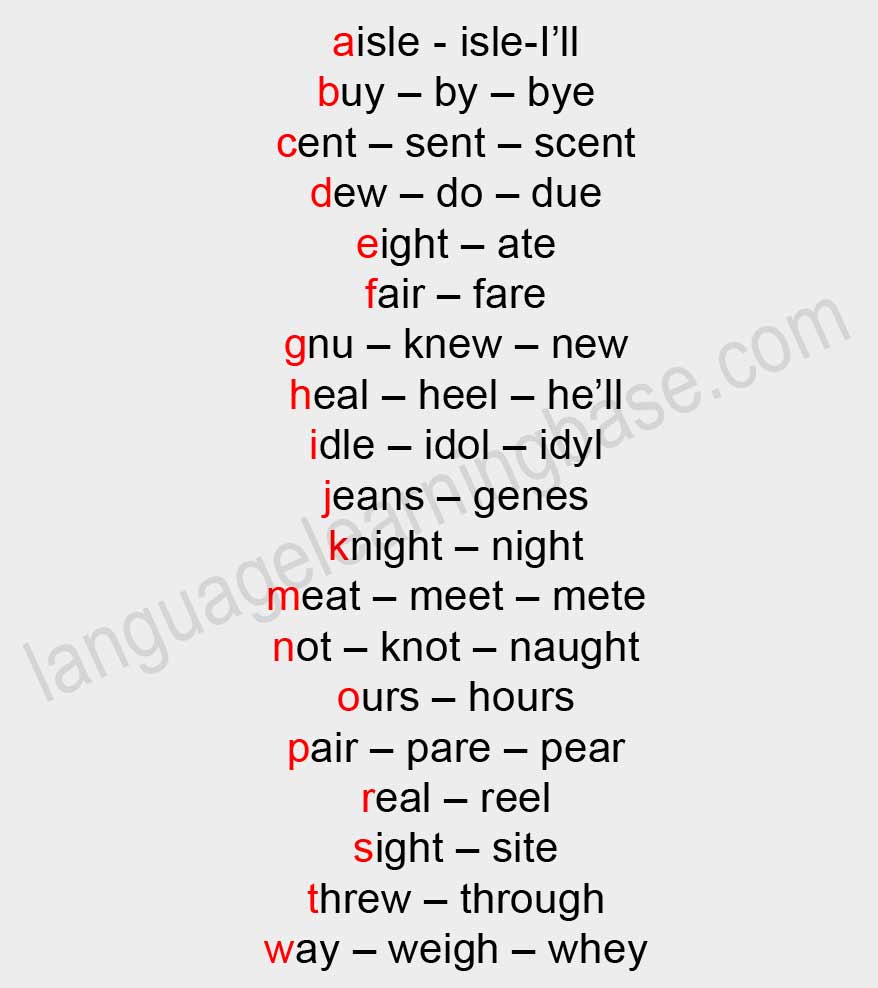