British slang is English language slang used and originating in the United Kingdom and also used to a limited extent in Anglophone countries such as the Republic of Ireland, South Africa, the United States, Australia, Canada, and New Zealand, especially by British expats .

Slang is informal language sometimes peculiar to a particular social class or group and its use in Britain dates back to before the 16th century.

The language of slang, in common with the English language, is changing all the time; new words and phrases are being added and some are used so frequently by so many, they almost become mainstream. 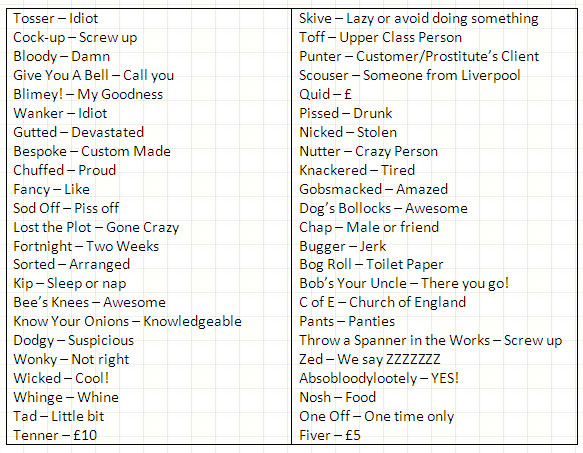 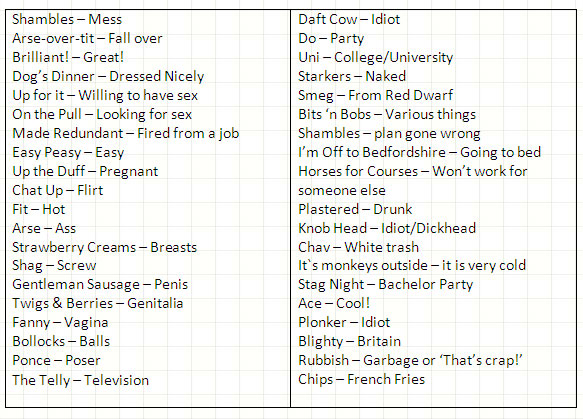