Because / Since / As / For. Meaning and Examples.

As, because and since are conjunctions. They introduce subordinate clauses.

All because, as, since and for are used to express reason. However, they are used differently. 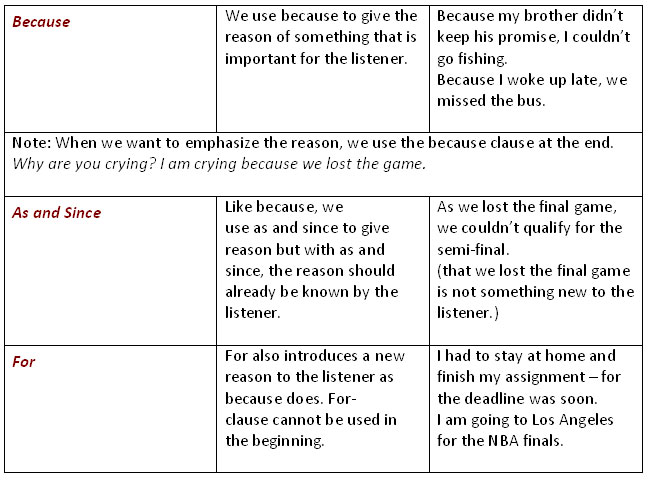