The pronunciation of S at the end of plural nouns, verbs in third person and as a part of the possessive case sometimes causes problems for non-native speakers because it can be pronounced in three different ways: / ɪz /, / s / or / z /.

The pronunciation depends on the last sound of the verb or noun which is usually a consonant. 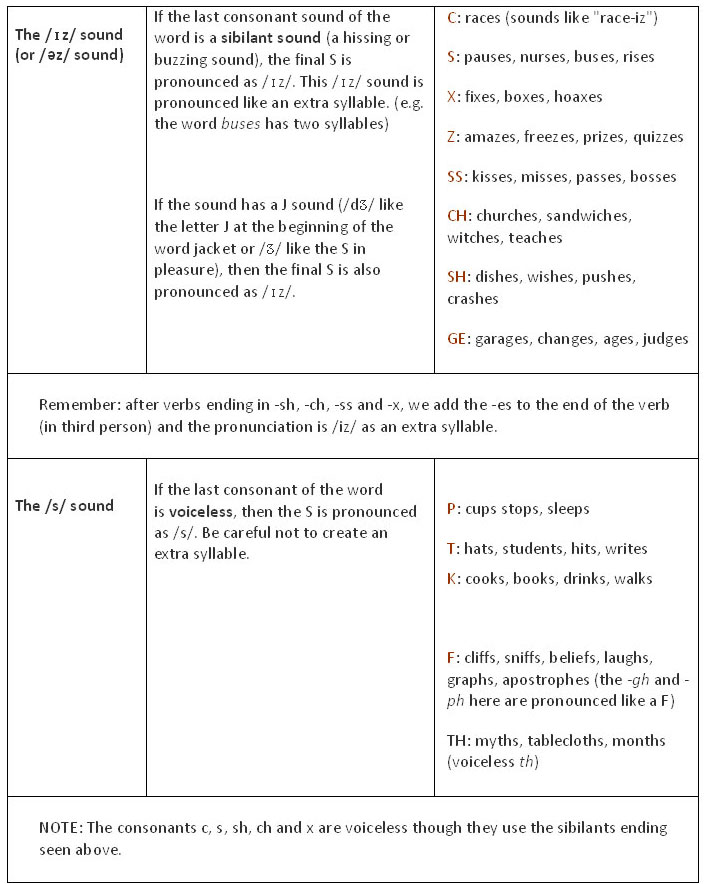 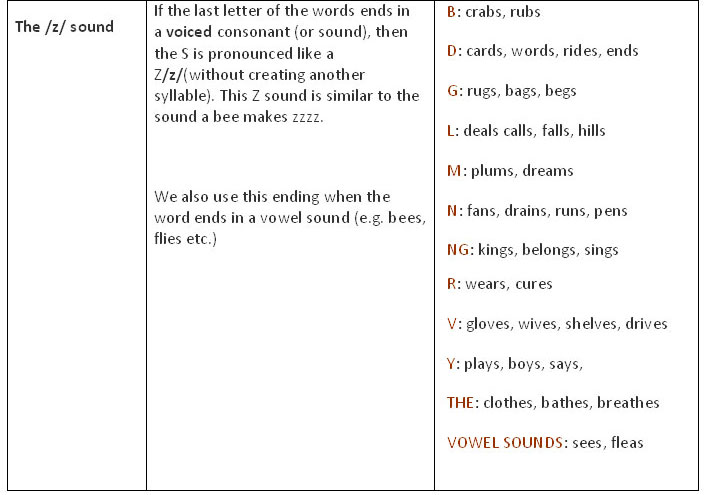