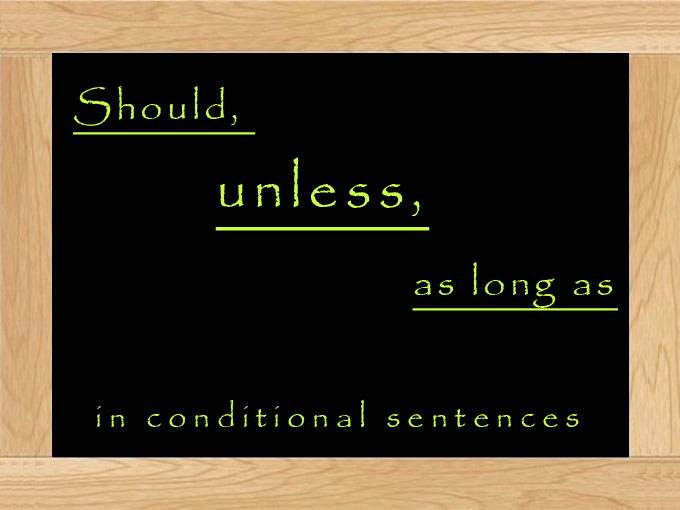 Should is often used in conditional clauses expressing possibilities, suppositions etc. By using should in the if-clause we are suggesting that something is unlikely or not particularly probable.

Example: Should your child become anxious or nervous about any activity, it is a good idea to inform the team-leader. (or If your child should become …)

Unless. Conditional clauses can begin with unless. Unless means something similar to ‘if … not’ or ‘except if’.

If + were to. In formal situations, we can use if + were to when we talk about things that might happen but which we think are unlikely.

As long as. Sometimes we need to impose specific conditions or set limits on a situation. In these cases, conditional clauses can begin with phrases such as as long as, so long as, only if, on condition that, providing (that),provided (that).

Had you (Had with inversion) - In formal situations, we can use had + subject + verb instead of if in third conditional sentences.