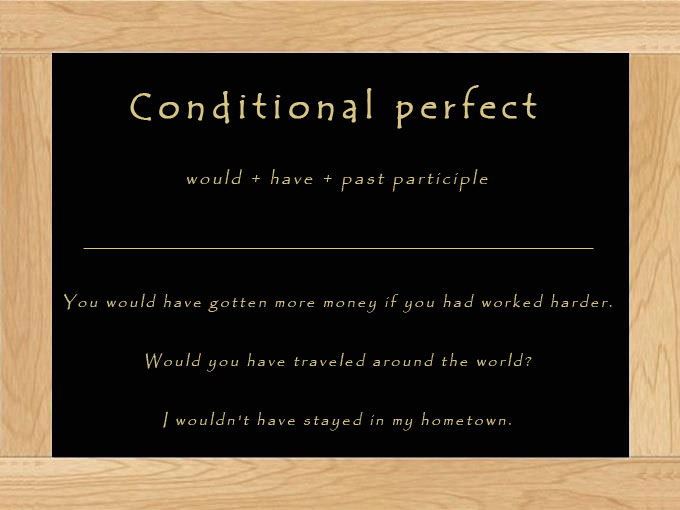 Conditional perfect is an English grammatical tense. It relates an action that someone would have done.

We use it for something that might have happened in the past.

We use it in the main clause in type III of the if clauses.

You would have gotten more money if you had worked harder.

If we had run faster, we would have arrived earlier.

If I were a woman, I would have entered the contest.

Would you have traveled around the world?

I wouldn't have stayed in my hometown.

It is also possible for the auxiliary would to be replaced by the modals should, could or might to express appropriate modality in addition to conditionality.