In most cases we make a plural noun by adding s to a singular noun (car > cars).

When a noun ends in y we replace it with –ies to make the plural (city > cities).

There are also a lot of irregular nouns which do not follow the above rules, so it's a case of you having to learn them one by one!

There are some nouns that form the plurals differently. 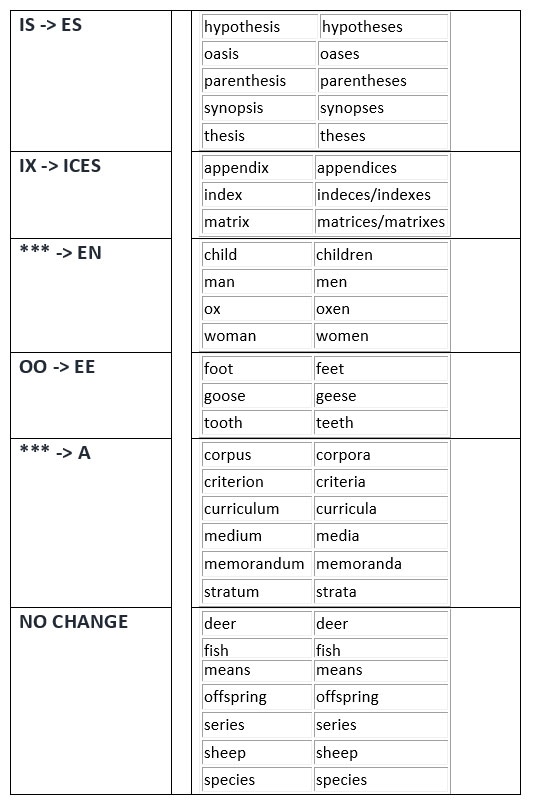