Difference between IN CASE and IN CASE OF 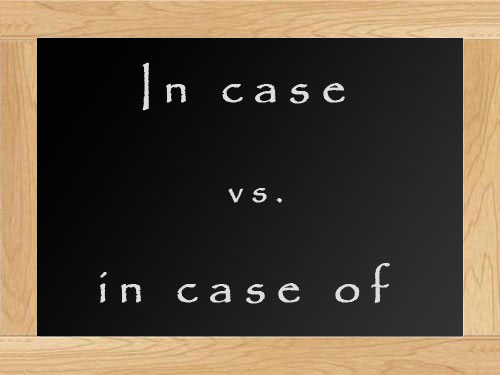 These two expressions are very similar, they both basically mean if something happens. The main difference in use is grammatical.

In case - to express that we are doing something in preparation for something which might happen. It is often used before before a pronoun or at the end of a sentence.

Examples: In case you feel cold, take my coat. We don't want to be late so let's wake up early just in case.

In case of - to say what we should do if or when something happens. It is followed by a noun.

Example: In case of fire, ring the alarm bell.