Verbal Expressions - There is/There are 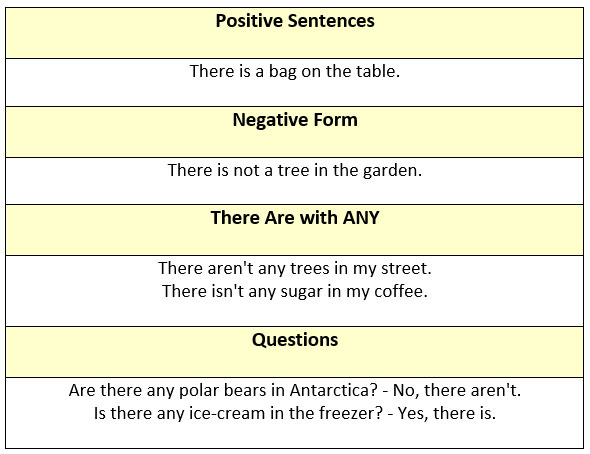 There is/There are is a common phrase in English, used to indicate that something "exists" or is in a certain location.

The contraction of there is is there's. You cannot contract there are.

The negative is formed by putting not after is or are:

The Negative contractions are:

There's not = There isn't

There are not = There aren't

Since the expression there is/are usually has no equivalent in other languages, students sometimes use have instead.
Incorrect:

There is a lot of food on the table.