Many prepositions we use are single words like in, on and at. These are called simple prepositions.

Like simple prepositions, these two-word combinations come before a noun:

Examples: according to Shakespeare, contrary to my advice, due to illness, in aid of charity, in front of the window, in line with inflation. 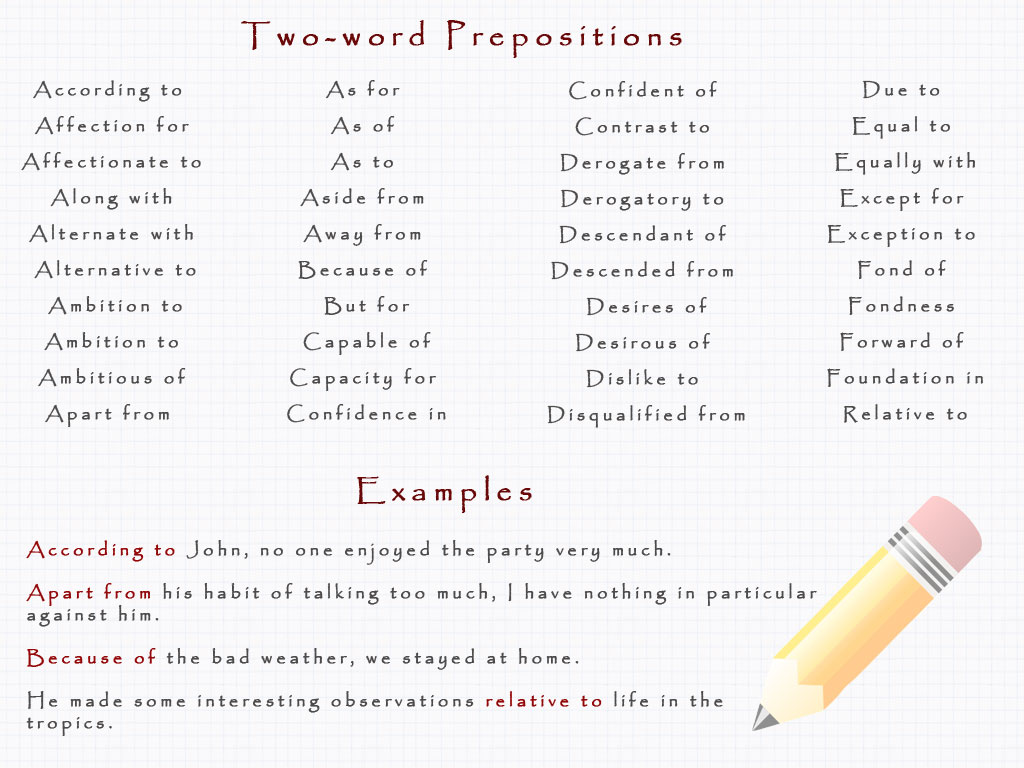 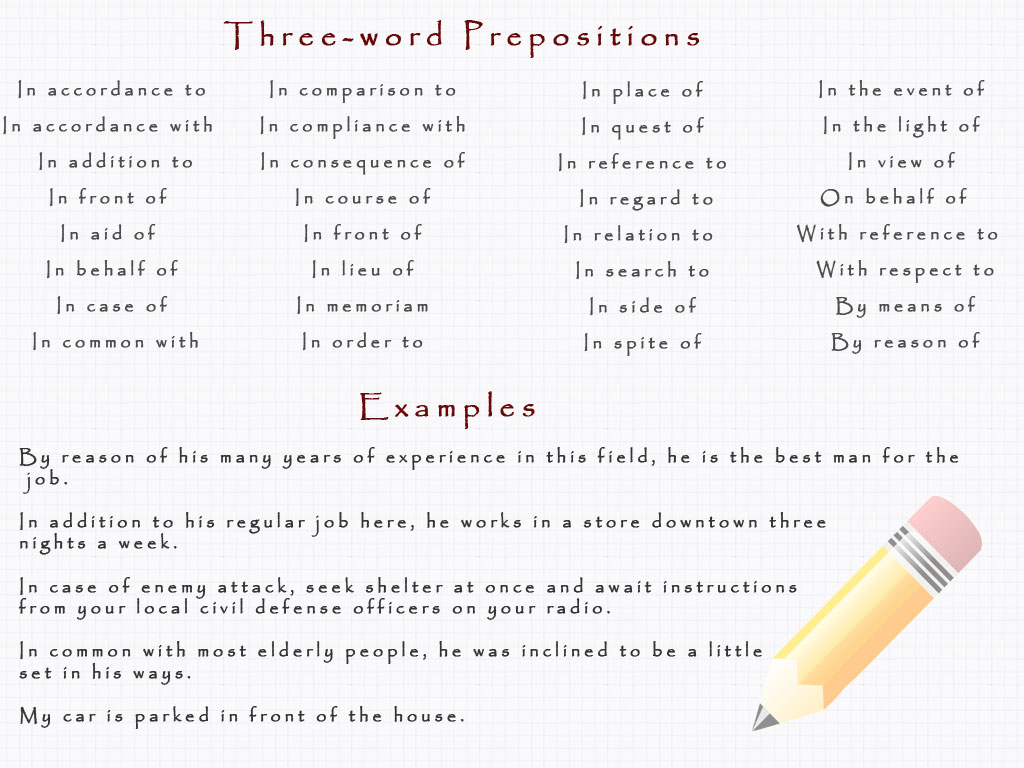