The most common diminutives (at least among English names) are those that are short forms of the original name, very often from the first syllable or sound of the name.

Diminutives can also be formed by adding a suffix to the original name or the name's short form.

Diminutive suffix - a group of letters that are added to the end of a word to show that something is smaller than things of that type usually are, for example 'ling' added to 'duck' to make 'duckling'.

Here are some common suffixes used to create diminutives in English.

-y or –ie (Sally, Maggie, Bobby, Jimmy, sweetie, hottie)
-sie, -sies or -sy (sissy from sis or sister, popsy from pop, another word for dad), tootsie,halfsies from half, itsy-bitsy - this is its own word meaning very small)
-o or -io (bucko (from buck another word for a guy), daddio (from dad), kiddo (from kid),Jacko)
-s (Wills, Becks, Bells) 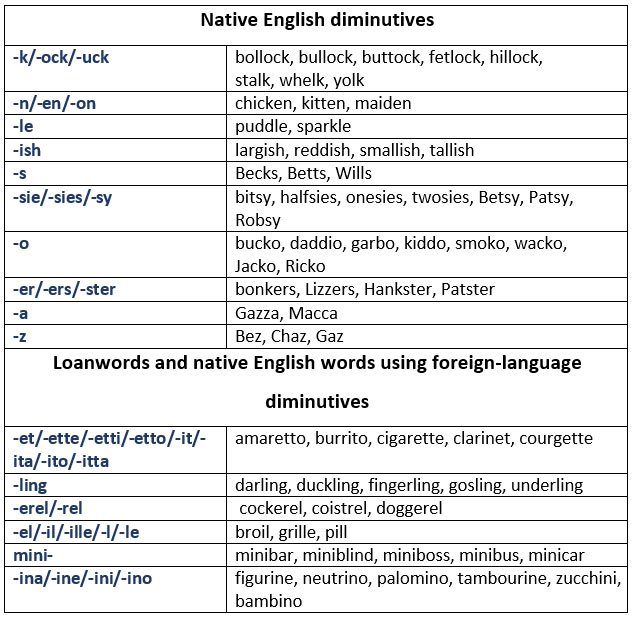