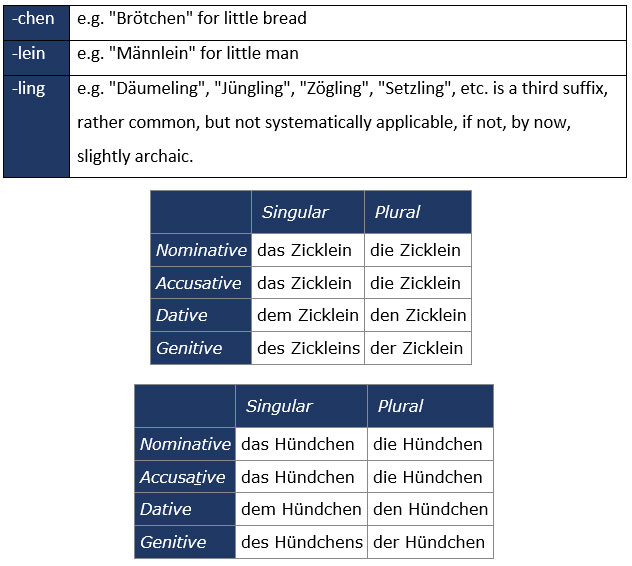 Diminutives are more frequently used than in English. Some words only exist in the diminutive form, e.g. "Kaninchen" ("rabbit") derived from Old French word 'conin', which in turn is from the Latin diminutive cuniculus.

The diminutive is formed in standard German by adding the suffixes –chen or –lein.

You need to remember three main things about them:

If the last letter is a vowel, it is often omitted when forming a diminutive: