Question tags are formed with the auxiliary or modal verb from the statement and the appropriate subject.

A positive statement is followed by a negative question tag.

A negative statement is followed by a positive question tag. 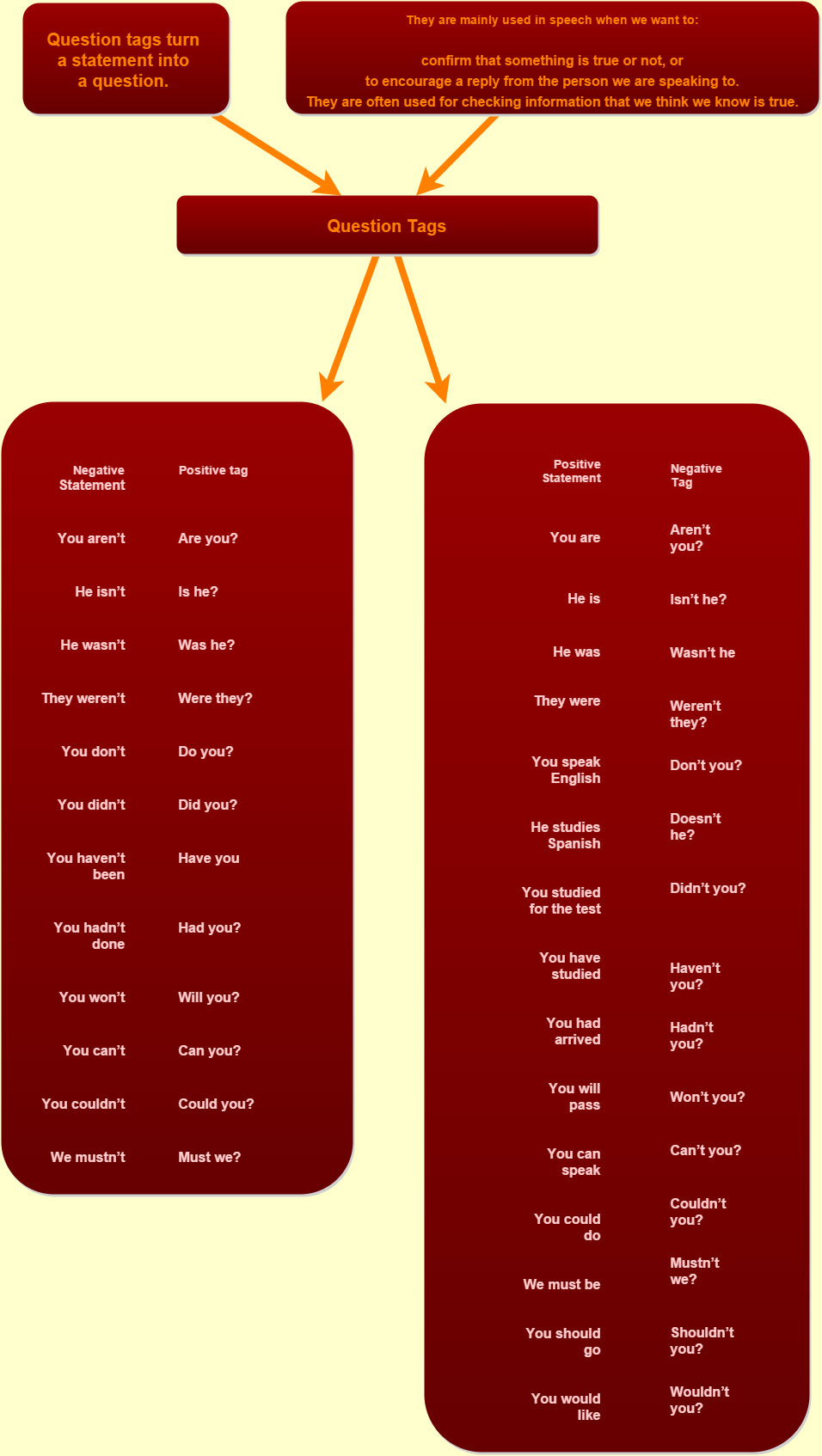