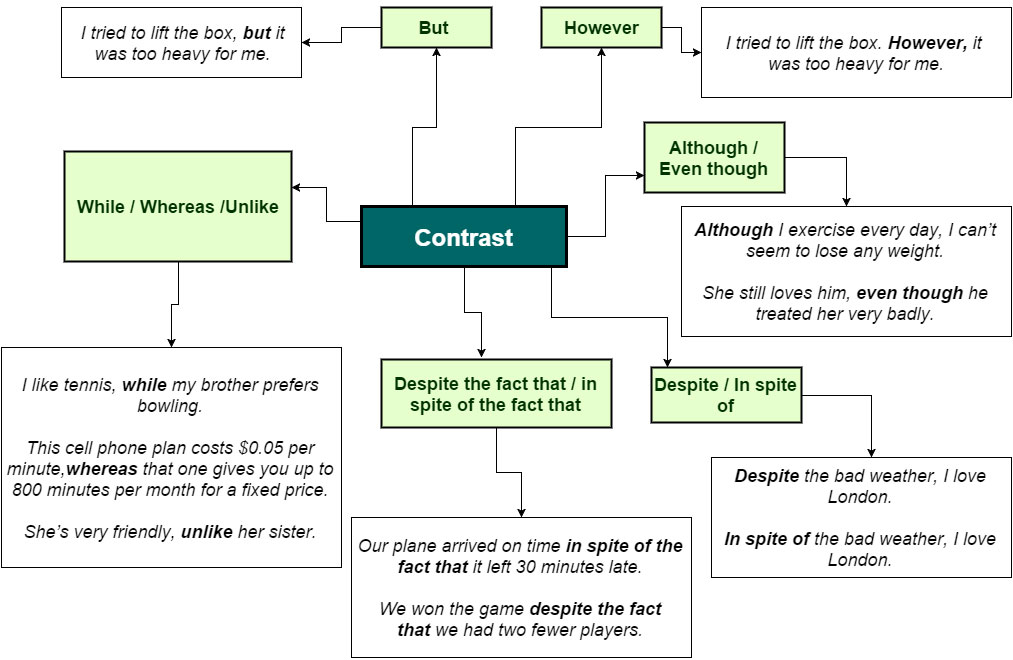 - we can use "although" at the beginning or in the middle of a sentence. It is used in front of a clause (a clause has at least a subject and a verb that agrees with the subject)

- be careful not to use “despite of” – that is incorrect; also note that “in spite of” is 3 separate words

- “even though” has the same grammar as “although”: it is just a little bit stronger

- if you want to use “as” for contrast, you need to an adjective before it (“harmful as it is”)