Difference between Rather Than, Would Rather, Had Rather and Had Better 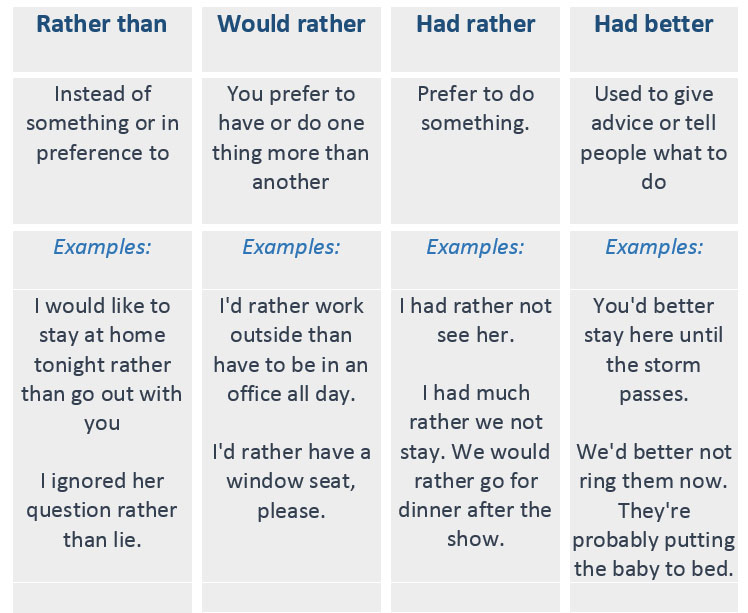 Note that 'd better, which is similar structurally to 'd rather, is used to suggest necessary action. In this case however, 'd is the abbreviated form of had, not would. Like 'd rather, 'd better is followed by the bare infinitive without to.

Ex: You'd better stay at home or you'll get wet.

You'd better not do it, if you want to keep your job.

Had I better stay or go ?

always takes negative NOT and is then followed by bare infinitive

You'd better not heat it much or it will go off

WOULD('D )RATHER + BARE INFINITIVE +THAN

Contracted form of had better - I'd better, You'd better...

However, when we are talking about specifics, would rather is used as an alternative to would prefer to followed by an infinitive. Would rather is very common in spoken English and is often abbreviated to 'd rather.

Ex. I'd rather fish than hunt.

I'd rather not listen to your words

What would you rather do, eat here or eat out ?

I'd rather not say anything else or I will get very angry.

I'd rather you went accompanied than alone.