Cliché Definition. Examples of Clichés. Clichés to Avoid in Writing.

Clichés are words and phrases that have been used so often that they’re no longer very interesting or effective. The term cliché is derived from the French phrase “cliché” for the sound of a printing plate which prints the same phrase repeatedly. Clichés are part of our everyday speech – we often don’t realize that we’re using them. They also occur especially frequently in certain types of writing (such as journalism) or areas of activity (such as sport, business, or politics). Most writers and speakers try to avoid using clichés in their work.

A cliché can be two things: 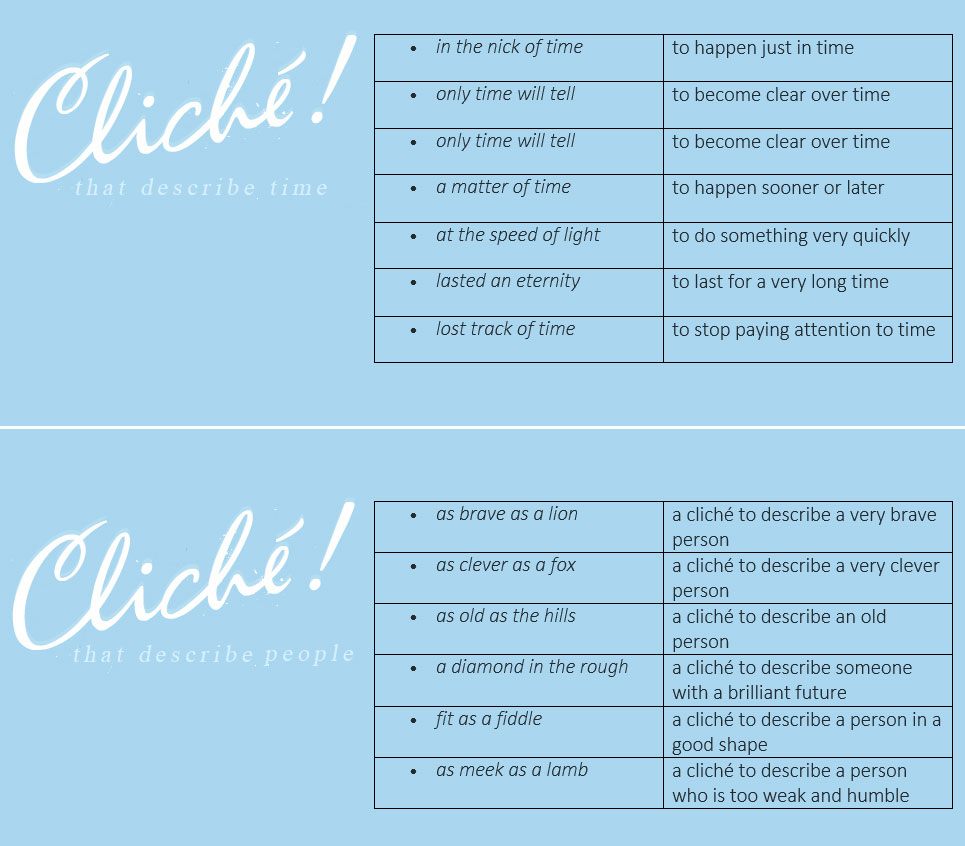 Here’s a list of some common clichés to look out for and avoid:

12 clichés all writers should avoid:

Expressions that are not clichés

It is important to keep in mind that constant reuse of expressions does not necessarily create a cliché. Typical expressions that are used almost at all times in formal ceremonies, festivals, courts etc. are not considered cliché examples; rather they befit such occasions and are regarded as more appropriate:

Similarly, certain epithets like “reverend” and “father” are attached to the names of church officials. Besides, people of the royal family are addressed with epithets “Your Grace”, “Your Highness” or “Your Royal Highness”. Such expressions are part of etiquette and do not fall under the category of clichés.