A part of speech (abbreviated form: PoS or POS) is a category of words (or, more generally, of lexical items) which have similar grammatical properties. Words that are assigned to the same part of speech generally display similar behavior in terms of syntax—they play similar roles within the grammatical structure of sentences—and sometimes in terms of morphology, in that they undergo inflection for similar properties. Commonly listed English parts of speech are noun, verb, adjective, adverb, pronoun, preposition, conjunction, interjection, and sometimes numeral, article or determiner. 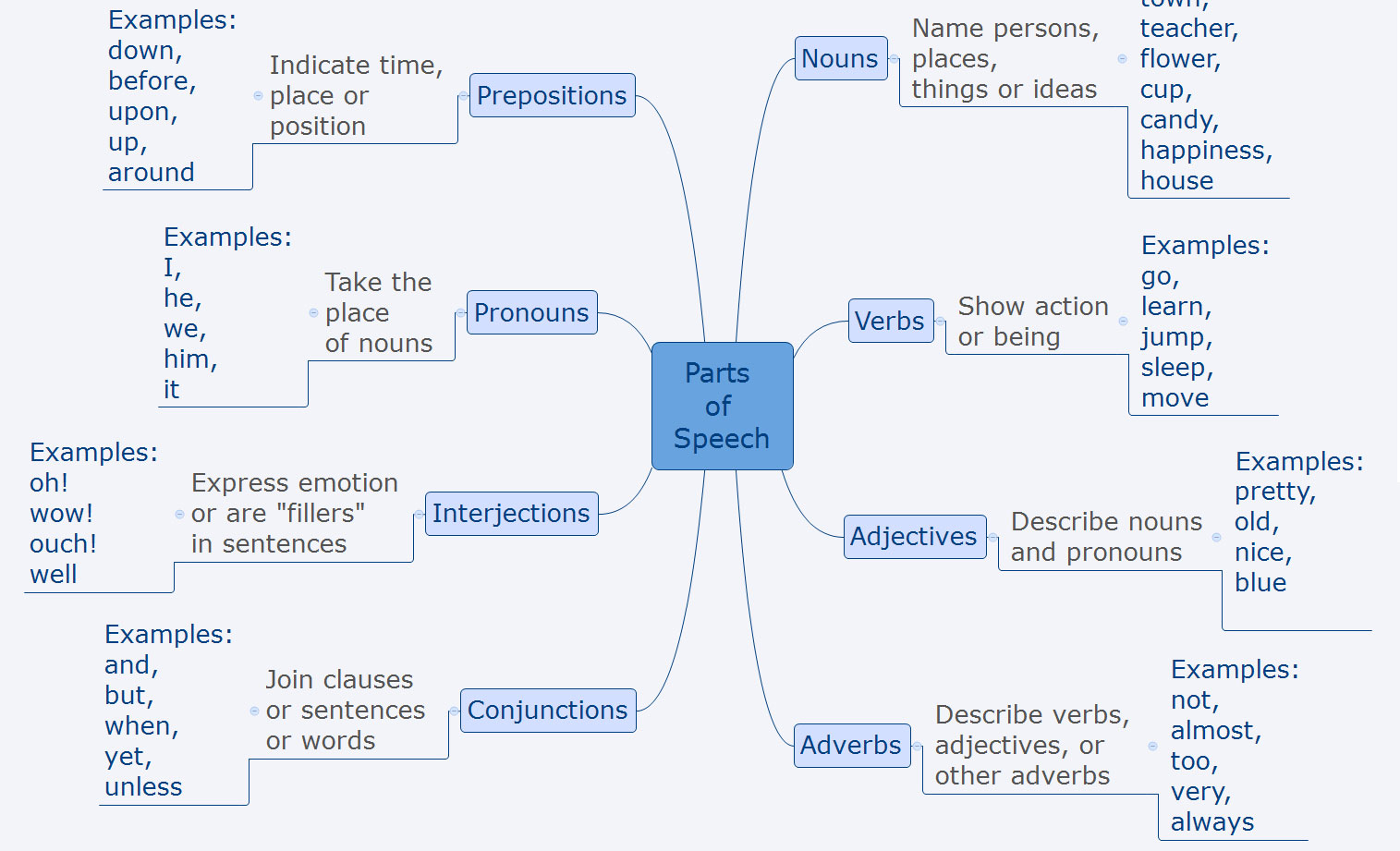