Prepositions of place and direction

Prepositions of direction show us to where or in which direction something moves.

Here are some of the most common: 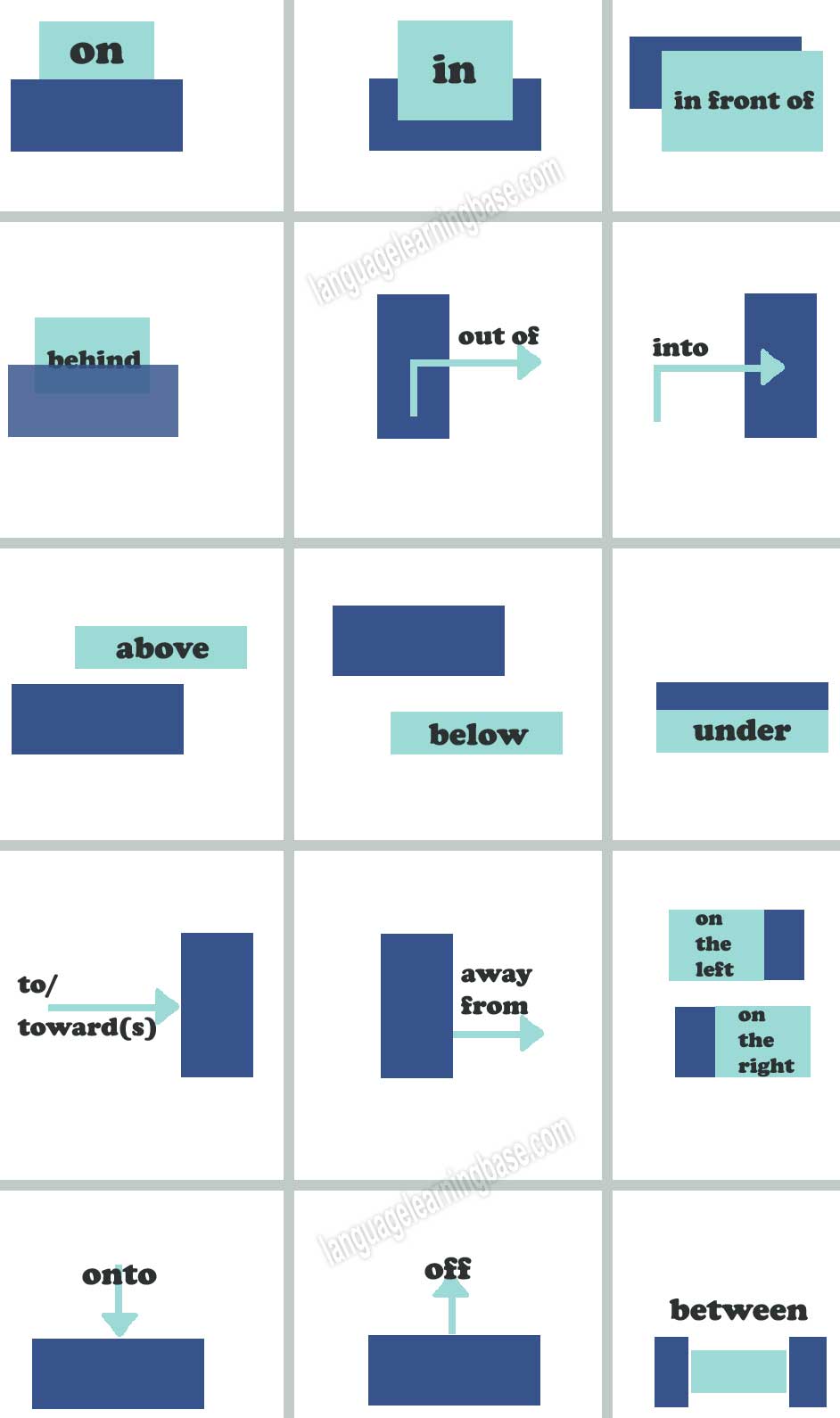 above - higher relative to something else

across - from one side to the other side

after - one follows the other

along - in a line; from one point to another

around - in a circular way

at - indicates a particular point

behind - at the back of

below - lower relative to something else

through - from one point to the next

toward - in the direction of

up - from low to high

down - from high to low

between - in the space separating two things