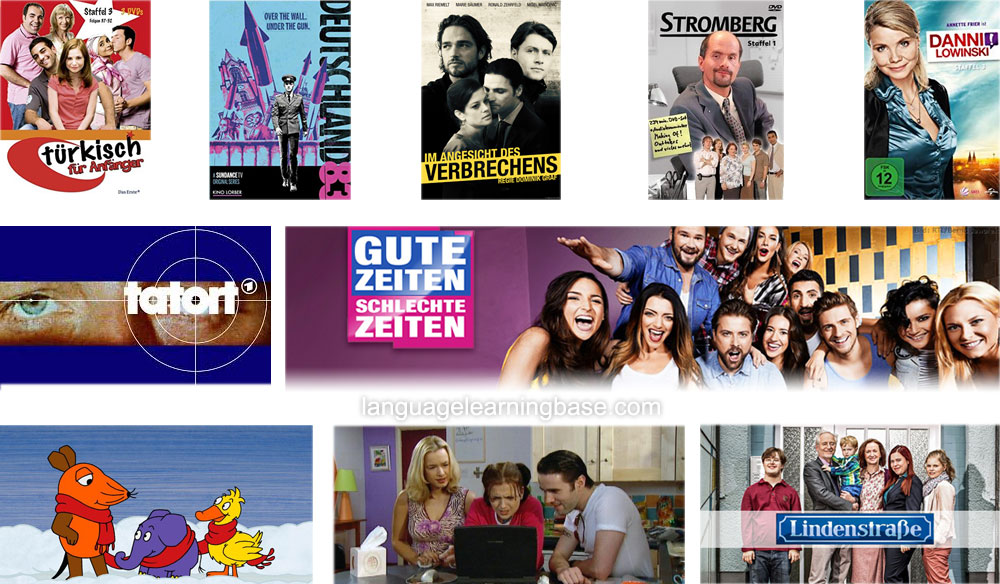 This crime fiction program is the most popular German TV series of all times. Running since 1970, this classic features a number of different detective teams (some quite funny) in different cities, which rotate each week.

A critically acclaimed drama, which is set during the Cold War era, 'Deutschland 83' explores the politics and culture of 1980s Germany and the divide between East and West.

The German equivalent to The Office, this series is very appreciated in Germany and already into its 5th season.

This is German TV show is the equivalent to“Plus belle la vie”, a French series. The show follows the lives and problems of the main characters, who all live on Lindenstraße, a street. The language as well as the plot are easy to follow.

extr@ is a language education television series scripted in the format of a Friends-esque sitcom which was in production from 2002 to 2004, and is mainly marketed to the instructional television market for middle school and high school language classes. Four versions were made, each in a different language; English, French, German, and Spanish.

Danni is a hairdresser who earns her law degree doing night classes. Upon graduating, she wants to work as a lawyer but is unable to find employment in a firm. Unwilling to give up, she decides to lease a small space in a mall in Cologne and open up a low-cost legal helpdesk, charging 1 euro per minute for her services.

The show is loosely based on the Australia soap opera The Restless Years and has been extremely popular in Germany, attracting millions of viewers every week.

It is an acclaimed educational television show, which is actually aimed at children between the ages of four and eight. Nevertheless, it is an ideal television show for people who are not fluent enough in German to follow complex plots, or more advanced vocabulary.

It is a comedy drama series which tells the story of a German-Turkish stepfamily and their daily lives. The series is narrated by the eldest daughter Lena and deals with issues of teenage life and cross-cultural experiences.