Formation of the imperative. We can use it to address people in the du, ihr, wir and polite Sie form.

1. The "du" form of the imperative is formed by dropping the final "-en" of the infinitive and adding "-e" to the end of the word. This "-e" ending is usually dropped in spoken German and quite often in written German as well.

6. Note in particular that the "Sie" form of the imperative is the only one in which the pronoun is used in the command; you must omit the pronoun in the "du" and "ihr" forms. 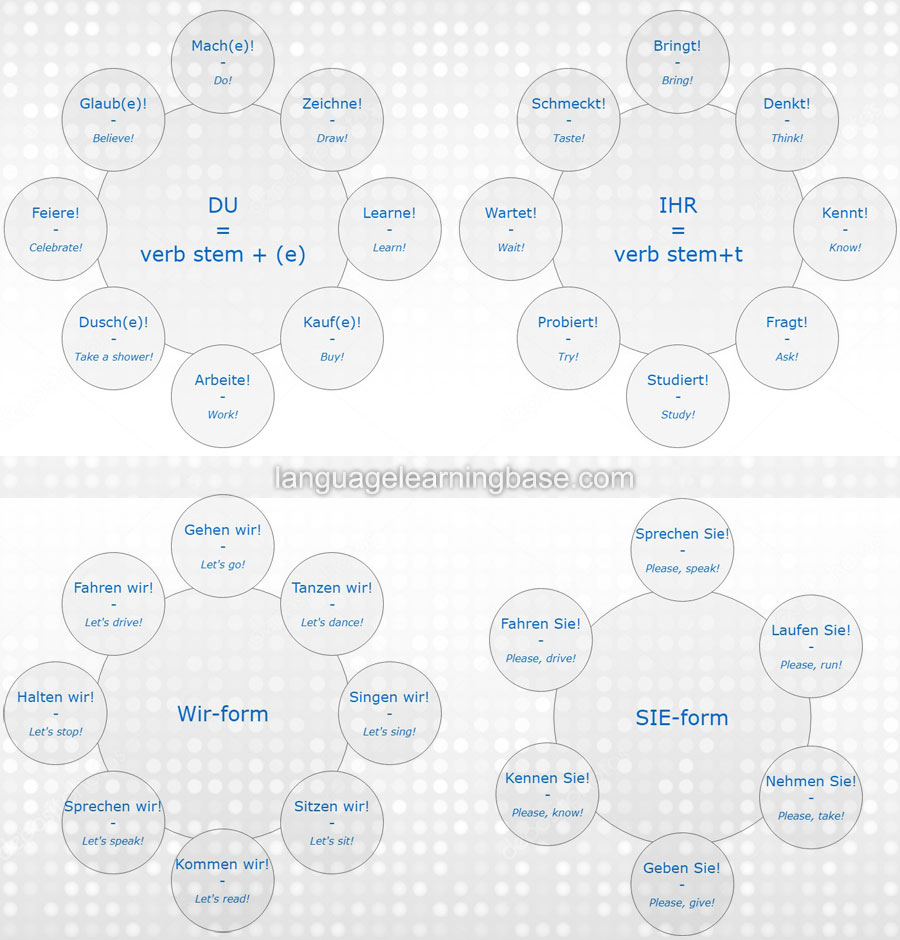 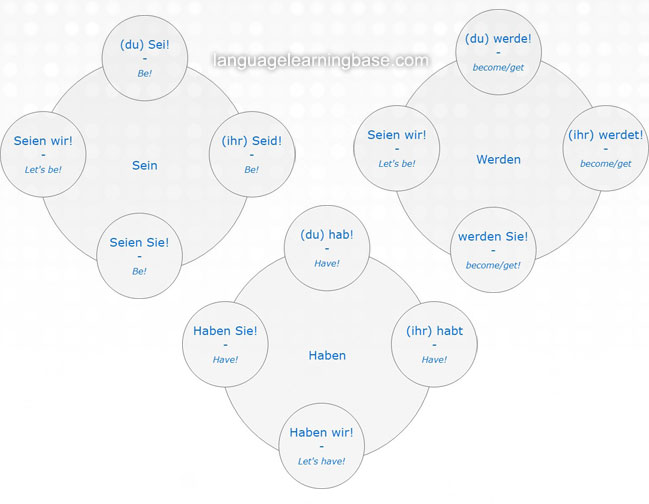