Using the verb “to go” followed by a preposition 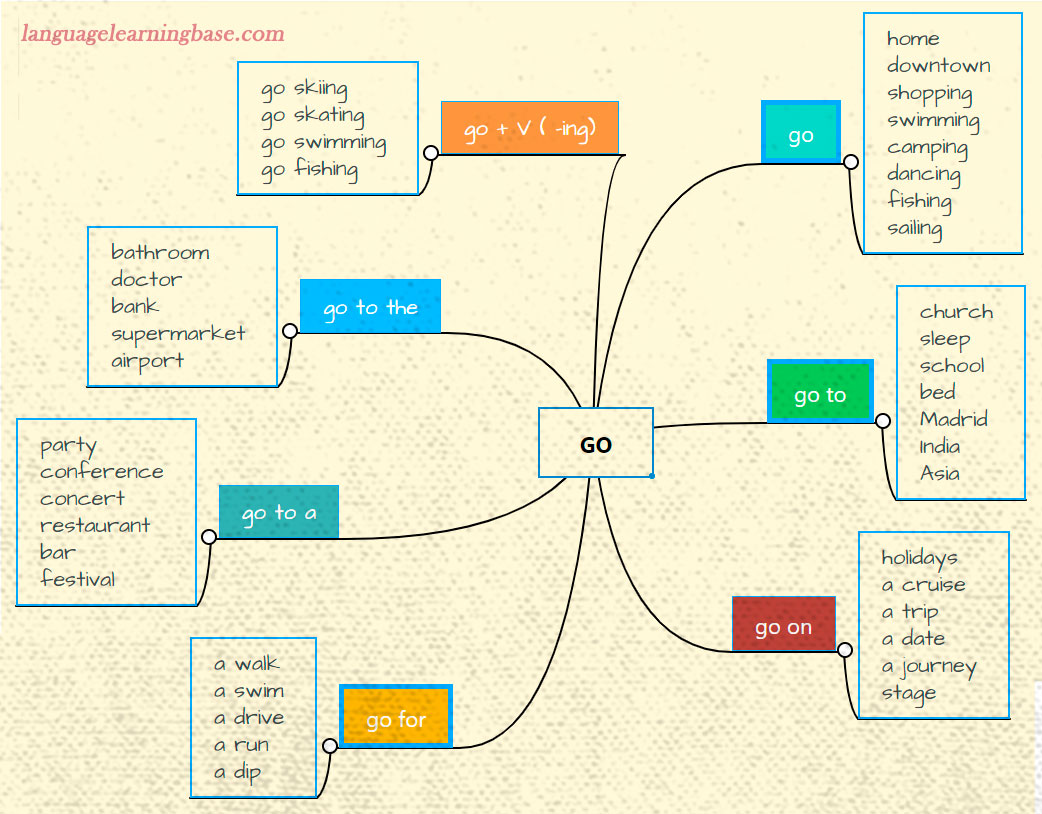 Certain phrases use “go for (a) N,” where the noun is an activity.

Go on + gerund means to continue with the action in the gerund.

Go on + infinitive means to do the next action, which is often the next stage in a process described in the context.